Speed live painter for all your events

Born in 1964 in Kishinev, capital of Moldova, Viktor’s background has strongly influenced his art.

Both of his parents were professionally involved in Moldova’s cultural industries.

From a young age he attended Moldova’s Art School and after graduating he worked for Moldova’s State Film Company as a stage designer. It was during this period that he realized his passion for portraiture and began to take lessons with the most famous of Romanian artist: Cornelio Baba.

In 1994, he moved first to Holland and then to Paris. There he took lessons at Paris’s Academy of Art. Since 1997, Viktor has been residing in Nice and dedicated his career entirely to portraiture.

His admiration of French Expressionism and traditional Russian Academic School is evident in the unique style of his work that asks its viewer to consider the modern evolution of these movements. 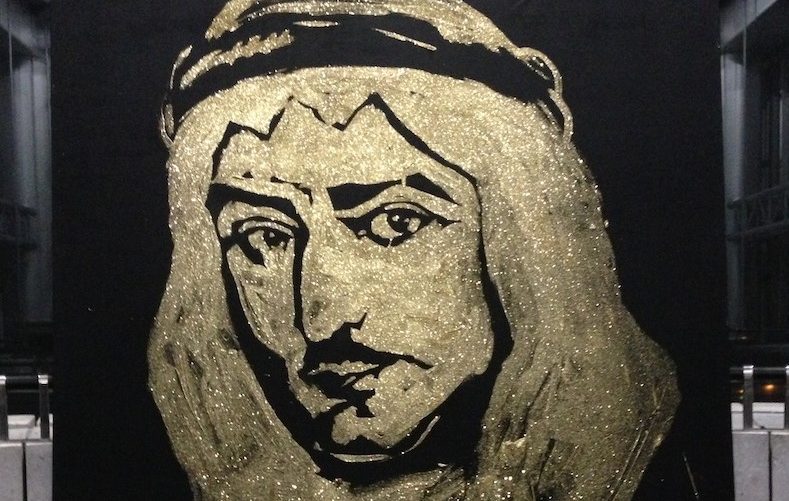 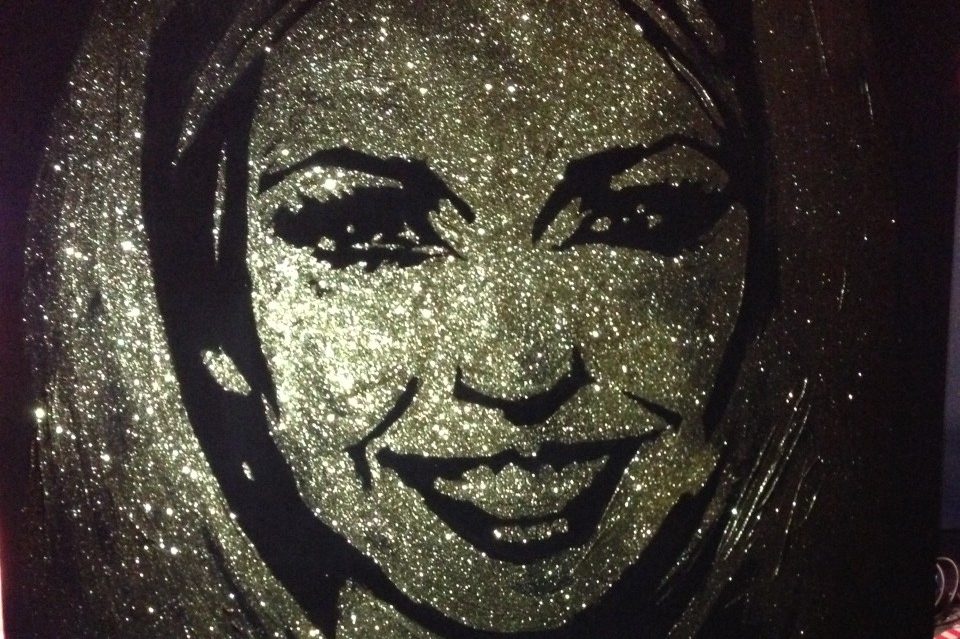 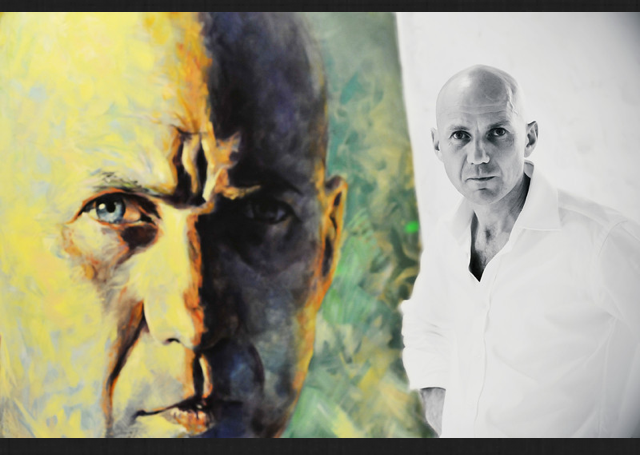 You will find below all the techniques and materials Viktor uses 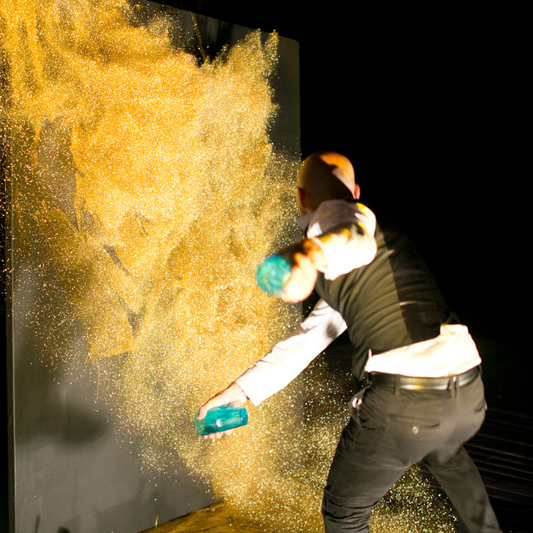 Viktor will create in just a few minutes the portrait, logo or or objets of your choice on a 2mx2m canva using only glue an glitters. 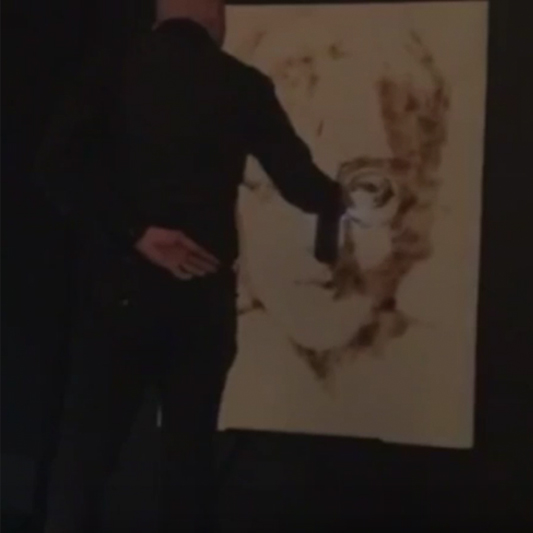 Viktor will create in just a few minutes the portrait, logo or or objets of your choice on a 2mx2m canva using only FIRE. 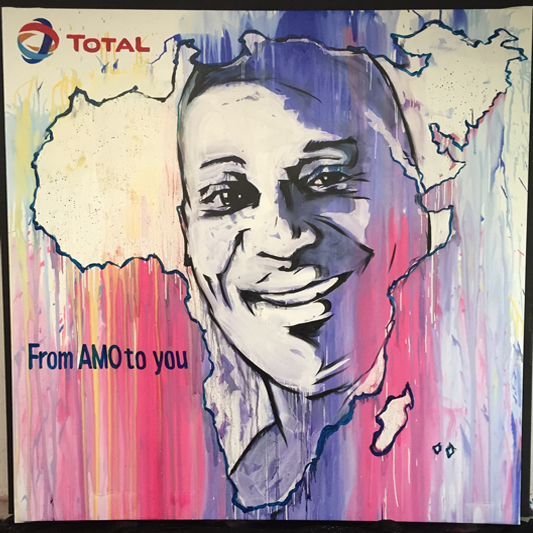 Viktor using only splash paint can create your personalizable logo, portrait or both. 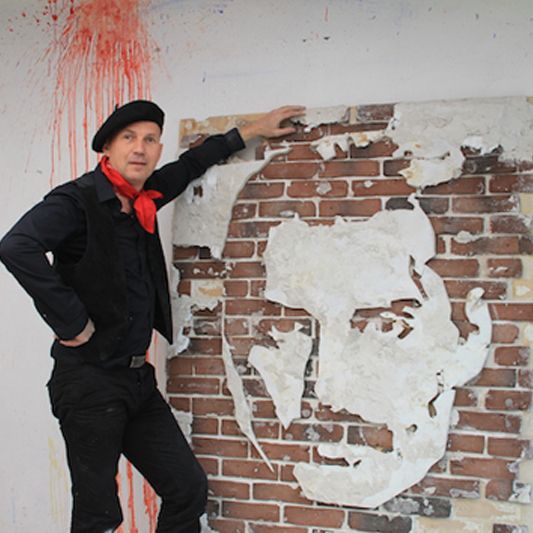 In just a few minutes your portrait, logo or or objets of your choice on a plaster and a wood pannel of 1m30x1m80. 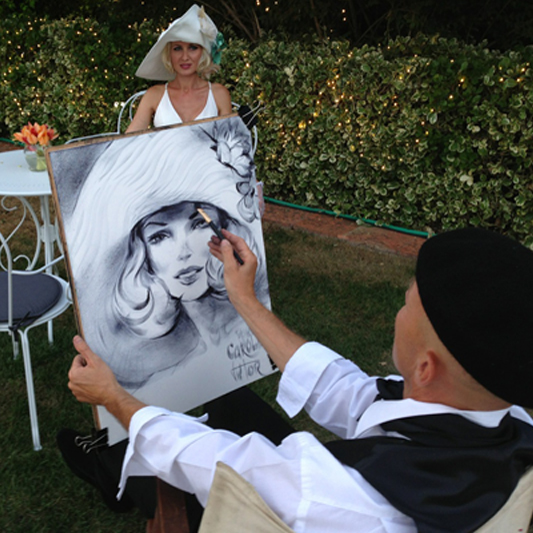 For your event, Viktor can realize fast portraits and caricatures of your guest, an original and perfect entertainment. 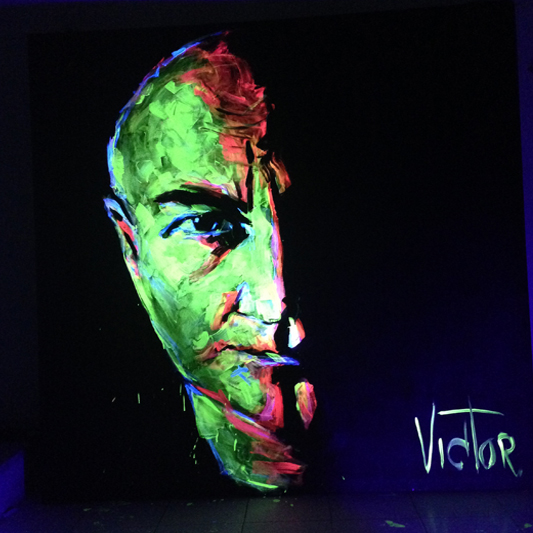 Viktor will create in just a few minutes the portrait, logo with UV painting, perfect for nigh events.

Latest from Our Blog

All the events Viktor participated and animated ! 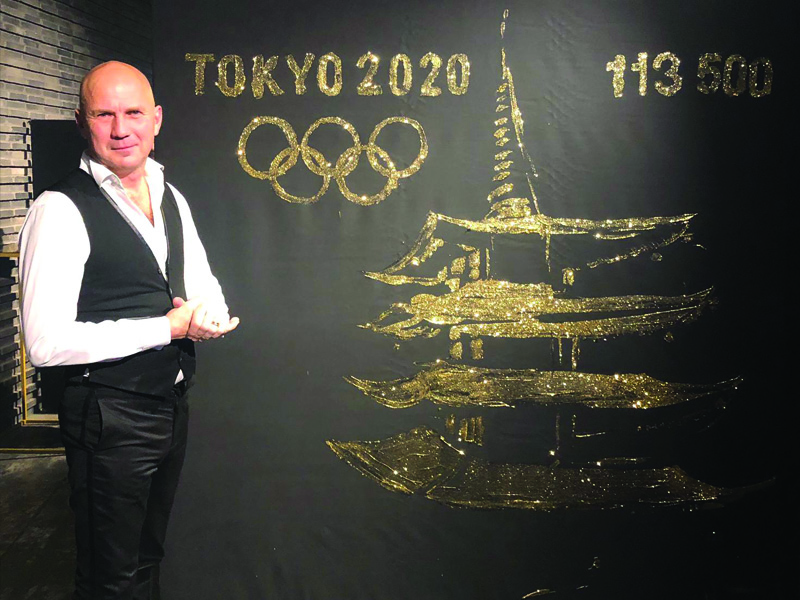 Our famous painter in Milan for Toyota

This past week, our famous live-speed painter was performing in Milan for Toyota in front of 350 guests ! He drew using his famous technique of Glue & Glitter ! This technique of painting[…] 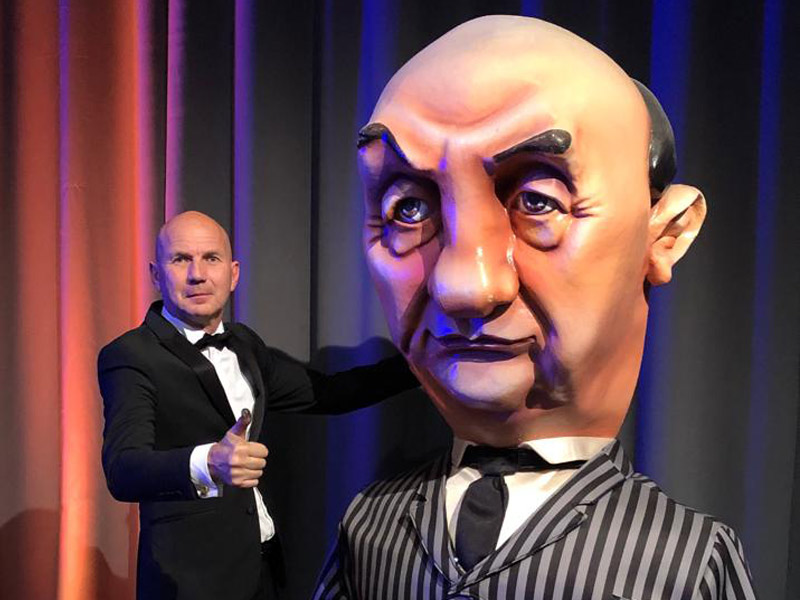 Our caricaturist artist, during the Nice Carnival “King of the Cinema” themed, was at the center of this famous event. In fact, in 2019, Nice celebrated the 100th anniversary of[…] 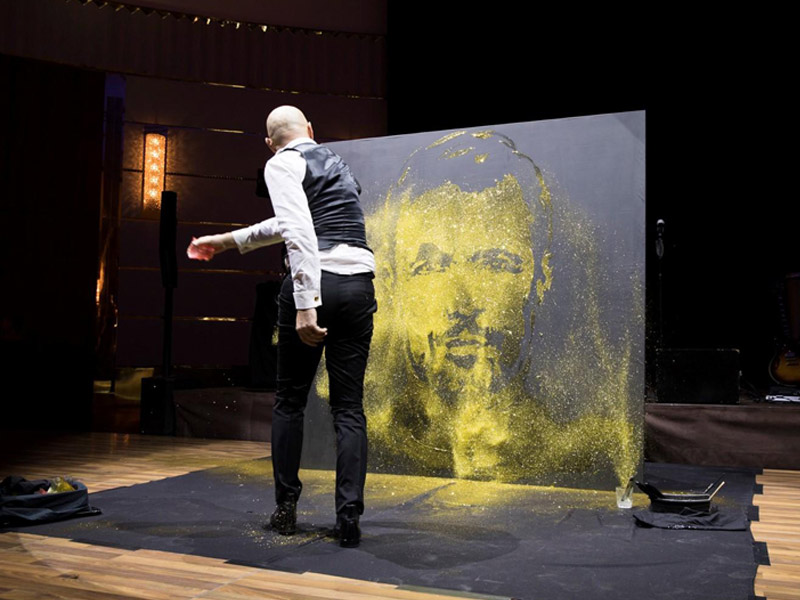 This previous weekend, our speed-live-artist Viktor was performing at the Grand Dolder Hotel in Zurich in front of 200 international guests. He drawed using his famous technique of Glue & Glitter : the royal[…]